Steel Box Girder Bridge refers to a beam bridge whose main beam is in the form of a thin-wall closed section. Long hollow trusses made of steel or concrete are usually used as beams. This makes the bridge light and sturdy. Bridges constructed using this method are called Steel Box Girder Bridge.

Standardized designs - as per Indian BIS a. RC standards and codes

Smooth approaches - from earth embankments due to soil overfill, does not require any approach slab

Construction
For steel box girders, the girders are normally fabricated off site and lifted into place by crane, with sections connected by bolting or welding. If a composite concrete bridge deck is used, it is often cast in-place using temporary falsework supported by the steel girder.

Either form of bridge may also be installed using the technique of incremental launching. Under this method, gantry cranes are often used to place new segments onto the completed portions of the bridge until the bridge superstructure is completed.

Advantage
Reduces the slab thickness and self-weight of bridge
Cost effective
Greater strength per unit area of concrete
Quality assurance, as precast girders are made off-site

Our experienced team is focused on your steel bridge project's success, from start to finish. Our proven ability to identify and overcome design inconsistencies, potential problems with erection, and shipping obstacles results in the fabrication of structural steel that is right the first time, helping you avoid costly construction delays. 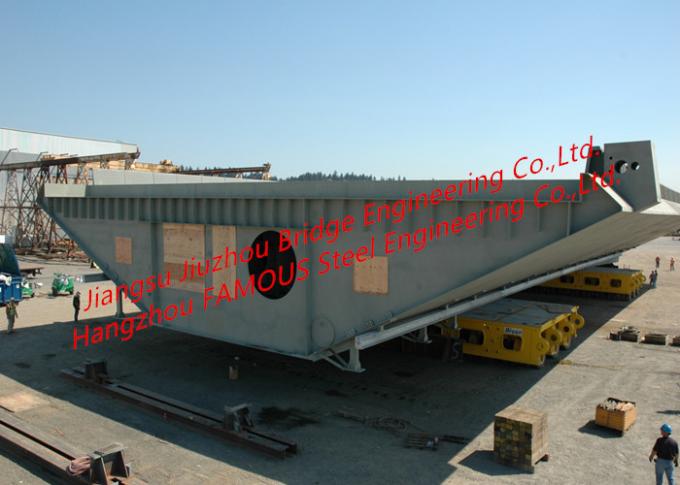 The success of the Bailey bridge was due to the simplicity of the fabrication and assembly of its modular components, combined with the ability to erect and deploy sections with a minimum of assistance from heavy equipment. Many previous designs for military bridges required cranes to lift the pre-assembled bridge and lower it into place. The Bailey parts were made of standard steel alloys, and were simple enough that parts made at a number of different factories could be completely interchangeable. Each individual part could be carried by a small number of men, enabling army engineers to move more easily and more quickly than before, in preparing the way for troops and materiel advancing behind them. Finally, the modular design allowed engineers to build each bridge to be as long and as strong as needed, doubling or tripling up on the supportive side panels, or on the roadbed sections.