As one kind of Military Bailey Bridge, the Military pontoon bridges are usually built either by successively extending outward from the shore or by constructing whole sections as rafts and floating them into position. Truss bridges, for use where riverbanks are steep or navigation must be kept open, are made up in panels readily bolted together. Military truss bridges were pioneered in World War II by the highly successful British-invented Bailey bridge, which played an especially important role in the Allied campaign in Italy. Also during World War II, the scissors assault bridge was introduced; a folding bridge, consisting of a pair of solid-girder-supported deck sections, hinged at their juncture, was carried to the riverbank by a tank; opening out in an inverted V, it flattened into a level crossing.

Modern refinements of basic types of military bridges have included increased use of aluminum, more efficient and stronger scissors types, and

It is a simple through-type bridge, that is to say a bridge with a roadway carried between two main load carrying lattice girders (trusses). The

lattice girders are built-up from a number of identical panels connected end to end by pins to form a continuous stiff girder from bank to bank. It

has the following usage

By the 17th century, bridging equipment was part of the train of European and Turkish armies, with pontoons fashioned not only of timber but

also of leather, copper, and tin. Pneumatic pontoons with steel roadways made their appearance during World War II. 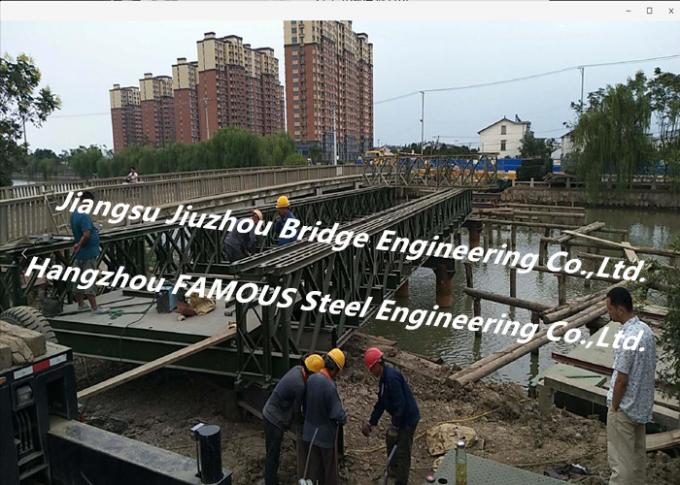 Warmly welcome all friends and clients from International market to visit us!